Here’s a picture of the left to right from this evening. The Moon and Venus are, respectively, always the second and third brightest objects in the sky not counting occasional supernova. Mars on the other hand gets really bright for a couple months every two years and then fades to relative obscurity. So it is here. The Moon is about 500 times brighter than Venus and Venus is perhaps 100 times brighter than Mars right now. For this picture, I used a regular DSLR with a 300mm lens set to 6400 ISO and a 1/80th second exposure. That was the shortest exposure that showed Mars and while longer exposures showed the ruddy color of Mars they also blew out the Moon and Venus. So, I had to compromise. 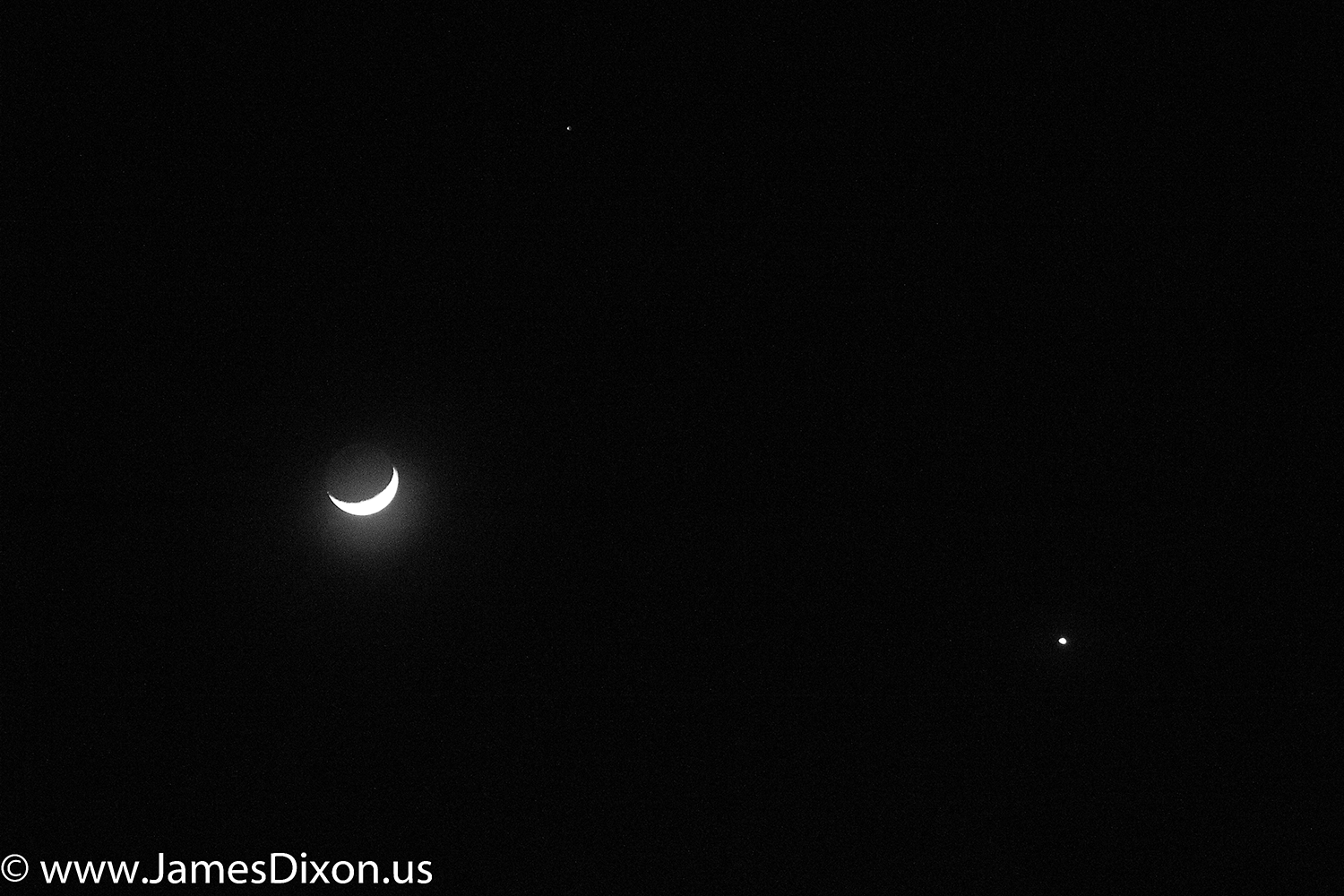