I built a new rocker box for Molly the 16 inch Dobsonian telescope today. She has been top heavy and required a counterweight (an elastic cord) since I built her about 20 months ago. The new rocker box is 4.5 inches taller which allowed me to raise the bearings up and shift the 24 pound mirror back by the same amount. Obviously I’m not done, there is stain and poly to do not to mention attaching laminate and the ground board but I think the problem is solved. The picture shows her tilted nearly horizontal with an eyepiece and everything with no kind of counterweight and she handles it just fine. 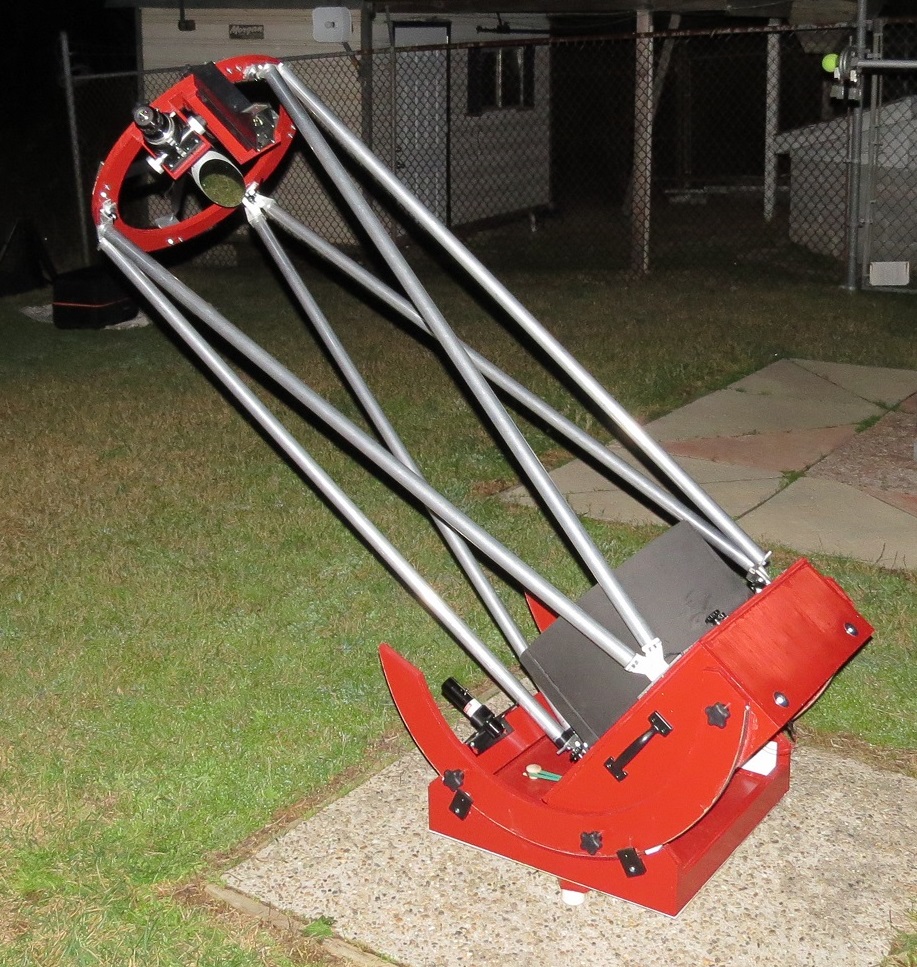 Last night, Molly the 16-inch f/4.5 Dobsonian telescope had her public debut at the River Ridge Observatory. It was mostly a successful debut. The images were bright and clear. We looked at the Orion Nebula (M42), Bode’s Nebula (M81), the Cigar Galaxy (M82), M79 in Lepus (one of the few globular clusters in the winter sky). I even chased the International Space Station for a bit until I lost it. I could see that it was oblong instead of a point or circle but I was so busy trying to keep it in view I couldn’t really observe it.
The elastic variable counterweight system worked at first at all angles but later had trouble. I’m not sure what to make of that, maybe temperature. I need to see what weight I can reduce from the top or transfer to the bottom. Also, I brought a light shield for the upper assembly but forgot a way to attach it. That said, I think we just need tweaks now. 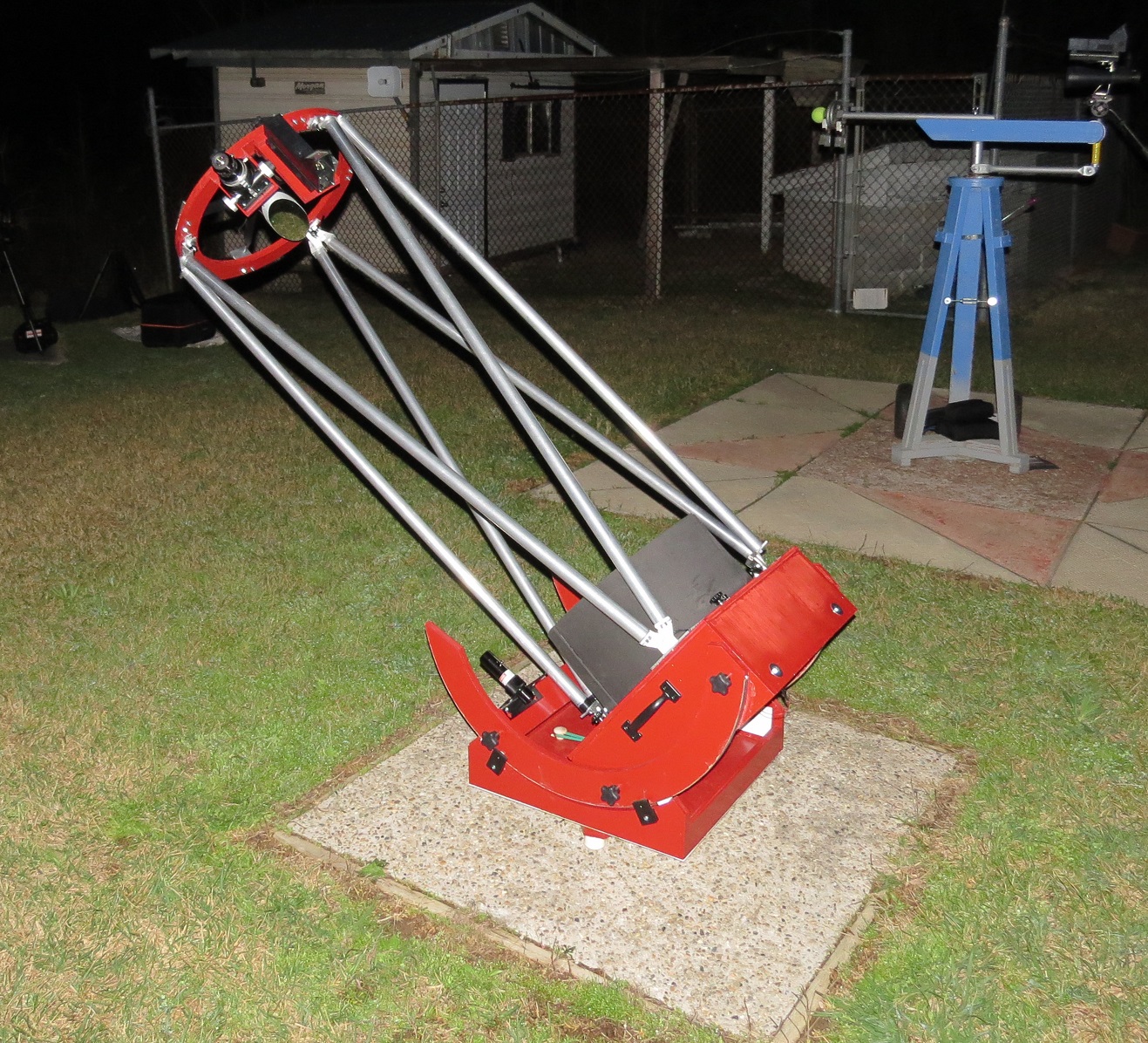