Today, I’ve seen and photographed all five bright planets.  This morning I got up early and went to the River Ridge Observatory to image Jupiter, Mars, and Saturn. As it turned out, those attempts were too noisy to show but then about 13 hours later I was able to capture a near conjunction of Venus and Mercury after sunset. The two planets are just over one degree apart. Enjoy the short video. 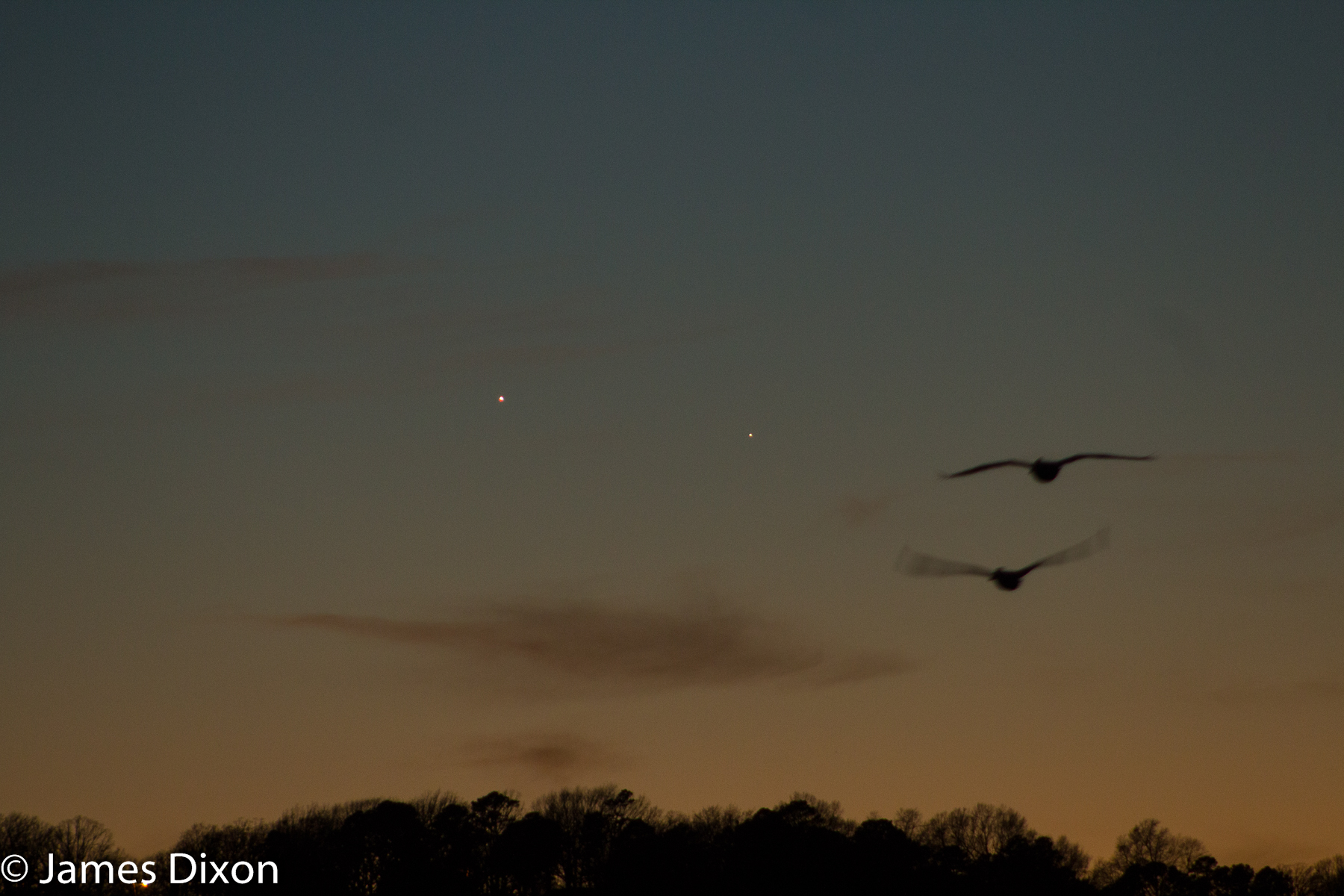