Things are coming together.  I’ve recently painted everything that needed painting.  If I had to do it over, I think I would have gone with stain but it’s too late to fret over that and I can’t rebuild something until I build it first. The red is a little darker than some of these pictures. More like the last picture than the second.

The first picture shows the mirror cell resting on the threaded rods that will be used for collimation. In the center of the cell is a fan and at the edge is a push button toggle to turn it on/off. The fan will be used to help the mirror reach equilibrium. I decided early on to go with a simple cell with 18 felt pads in the best locations for support.

Next, we see the 16″ (or 0.4 meter) mirror safely in the box resting on the cell.  You can see the three collimation knobs that will allow me to collimate from the top rather than the bottom. Hidden behind the knob on the right is the push button from the other picture that will let me turn the fan on or off. 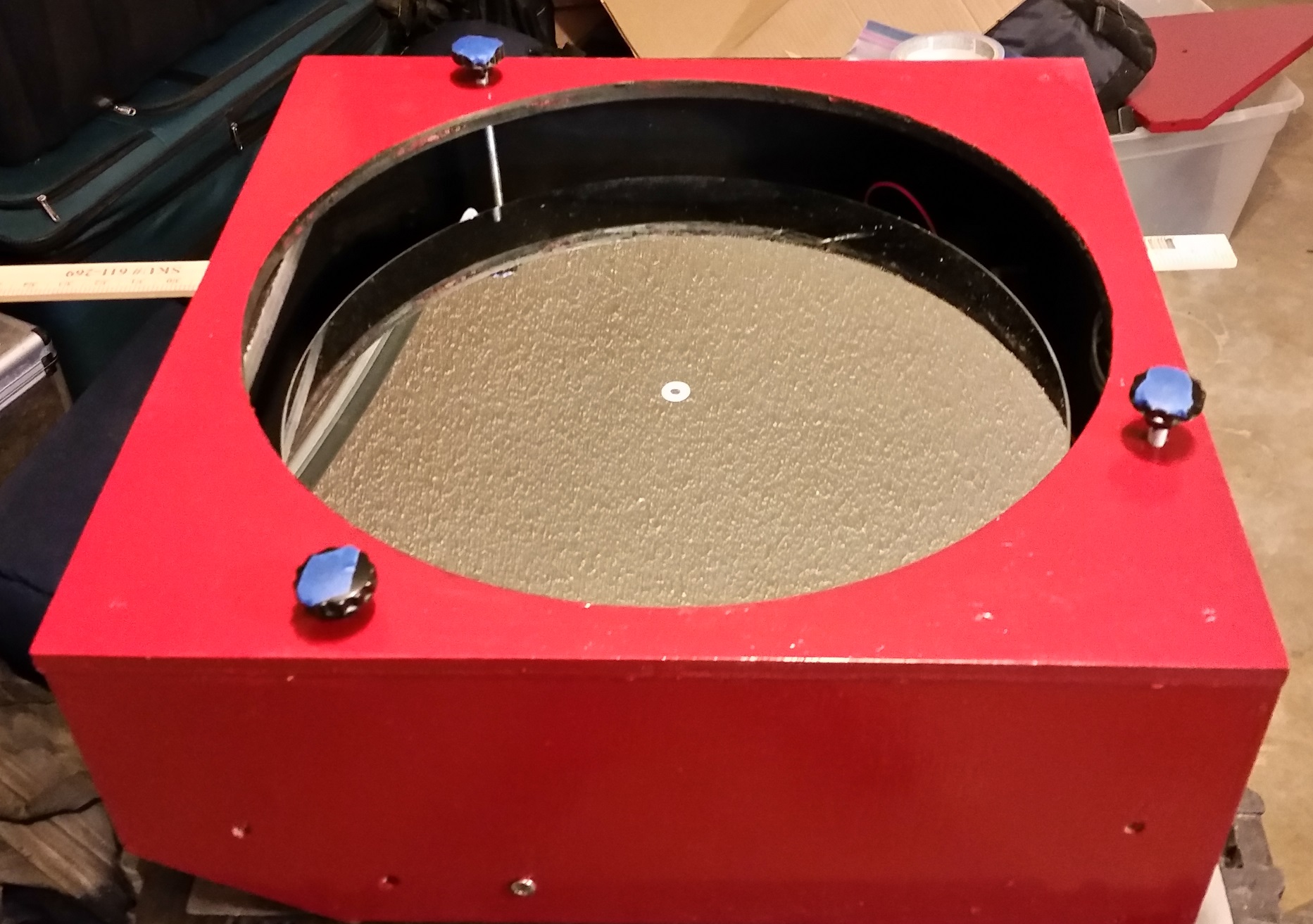 Finally, for this post, is the upper tube assembly with the secondary mirror and spider.  Next I need to attach the board for the focuser and focuser itself.  After that I can place the mirror box above and the UTA below on  jig to determine the optimal separation and from that the length of the truss rods. 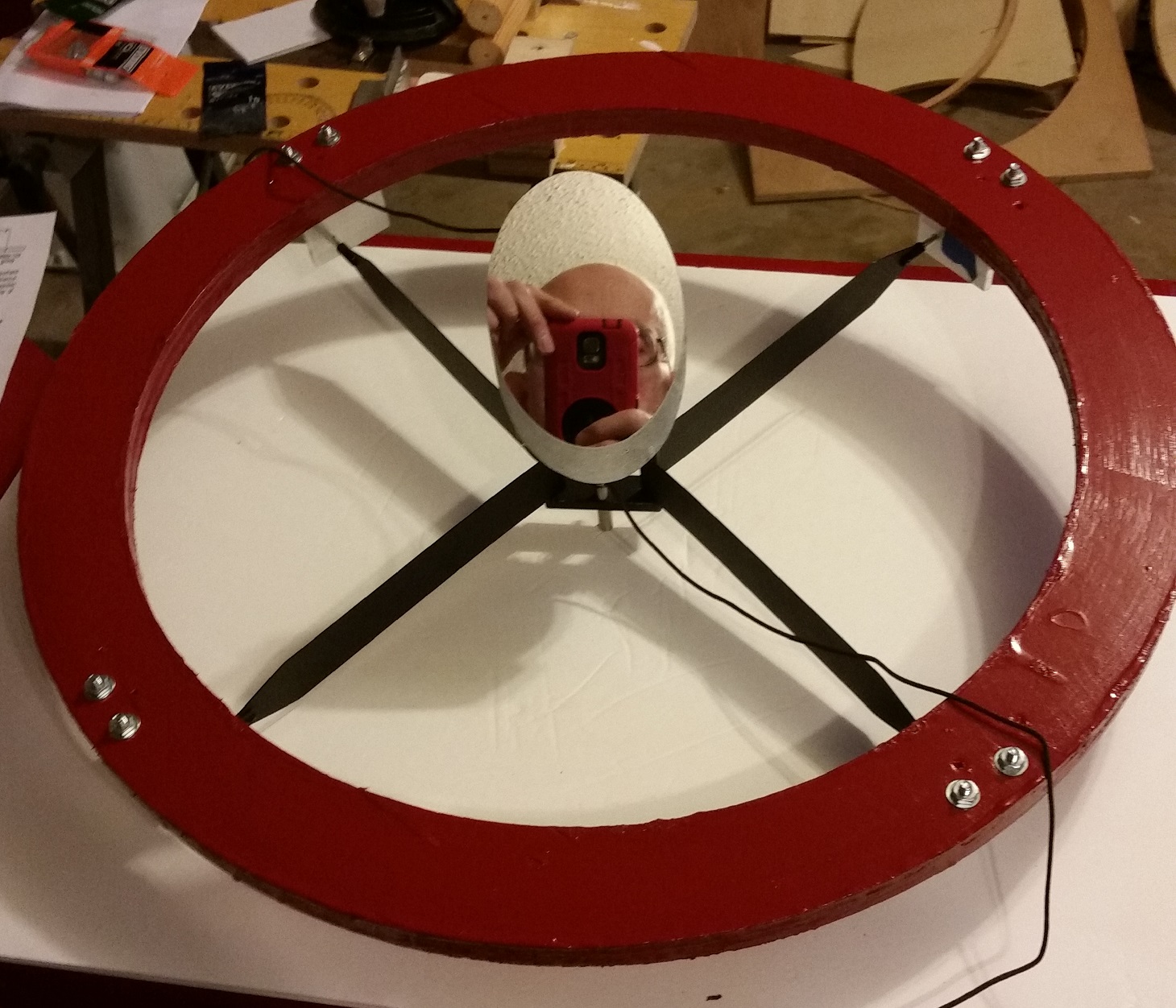 I’m hoping for first light in about a month.