Following up on my post about my new 11″ SCT Elf, I knew it was a little out of collimation.  I’ve borrowed an artificial star from my friend Steve and had nebulous plans to use it.   Saturday morning I realized that my office had a long hallway that would likely be long enough so this afternoon I gathered up everything I would need, including Samantha Dixon, and headed over there.

We placed Elf on a folding work bench at one end of the hallway and the artificial star on another 39 steps away at the other end. Approximately 115 feet of separation.  The blurry thing at the bottom of the first picture is the artificial star and it is featured with all but one “star” covered up in the second picture.

It took a while to actually get the scope aimed directly at the artificial star but once it was, Sam and I were able to tweak the screws to center the black central spot in the rings.  See the last two pictures. This was noticeably off center when we started. First we looked through an eyepiece then I switched to my planetary camera to make final adjustments. Looking at it now, maybe it still needs some work  to be perfect but its pretty close. That said, the method works. 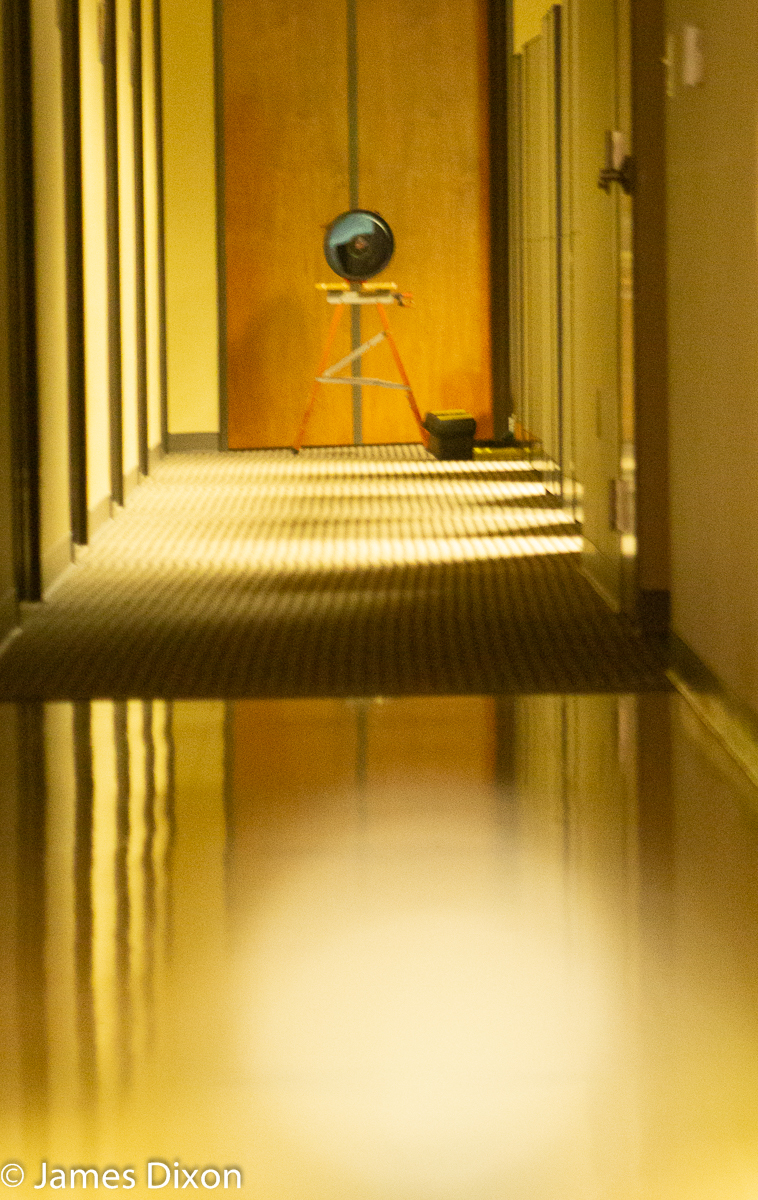 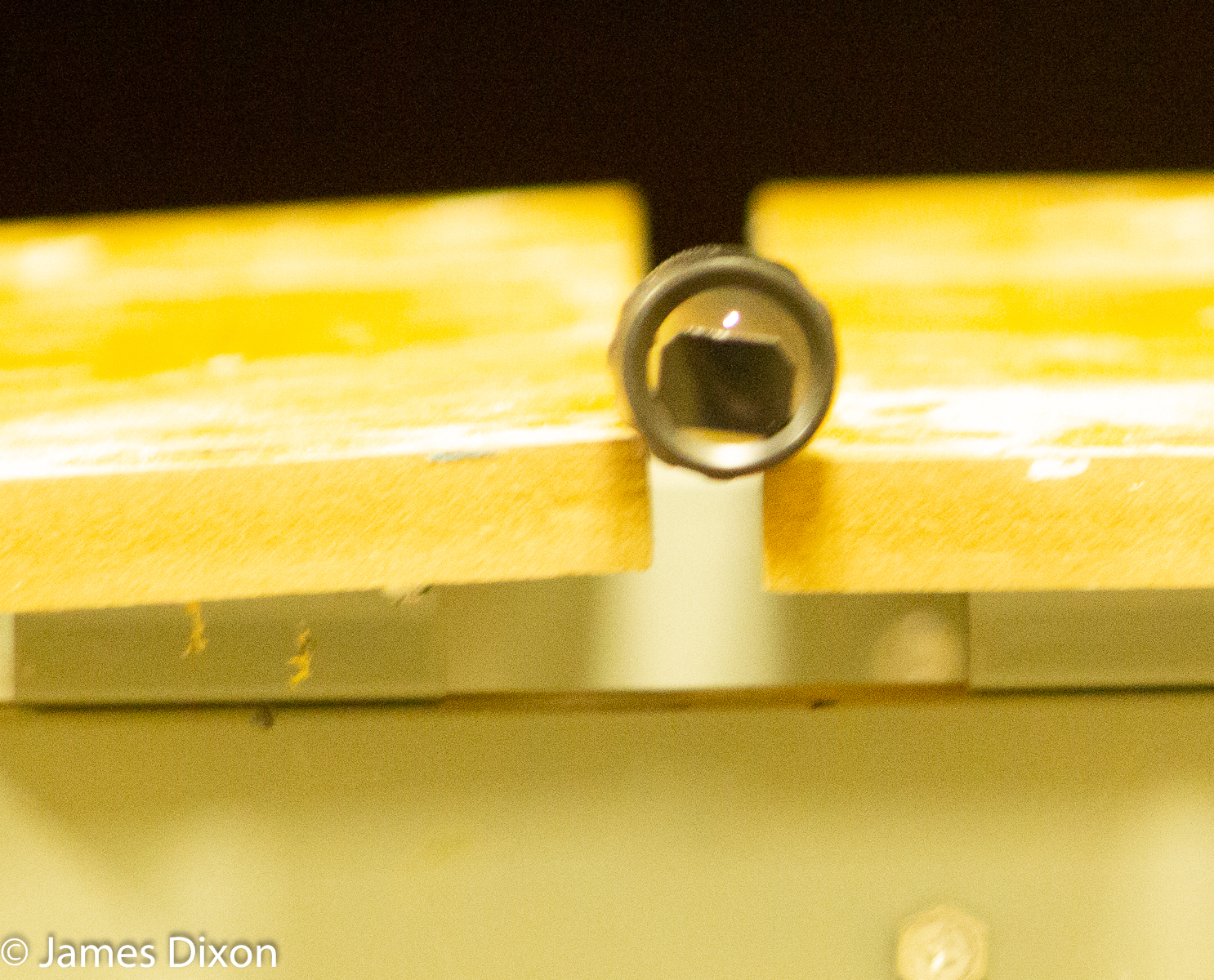 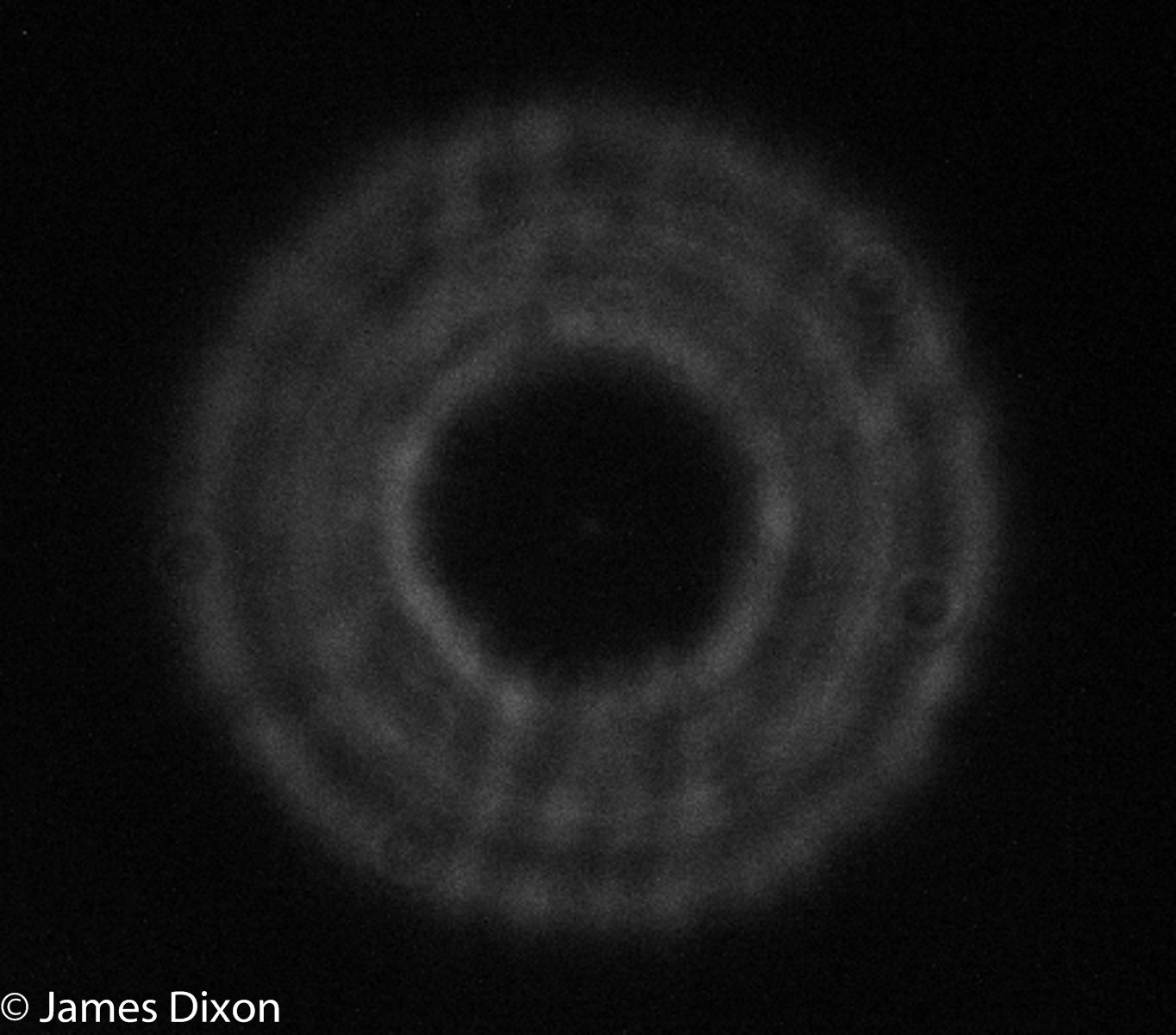